In December 2019, fourth year at Rubika - Supinfogame, we had an assessment on Unity.

I choosed to make a Breakout because it's wasn't that difficult and it allowed me to focus on other things than the Breakout core mechanics. To change the gameplay from a traditional Breakout game, I choosed to allow the player to fire some small 'paddles' in order to change the direction of the ball when the player is far from it. 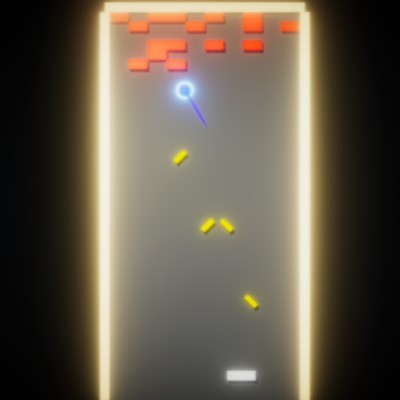