In March 2020, fourth year at Rubika - Supinfogame, we had two Intensive Weeks in partnership with CCCP studio.

During these weeks, we had to make a game that involved Artists, Designers, Programmers and Sound Designers.

Funk Off! is a turn-based RPG tactical game with puzzle game elements. The player embodies a trio of disco dancers who come to grips with Big Bruno with their choreography. The goal of the game is to Groove to the max! To achieve this, the player has to position his three characters on a dance floor in order to create dance steps while avoiding the pitfalls created by his enemy.

Goal of the game:Fill the funk gauge in its entirety by performing dance steps.

Defeat condition:The funk gauge is empty or the turn limit is exceeded.

Here was the final game: 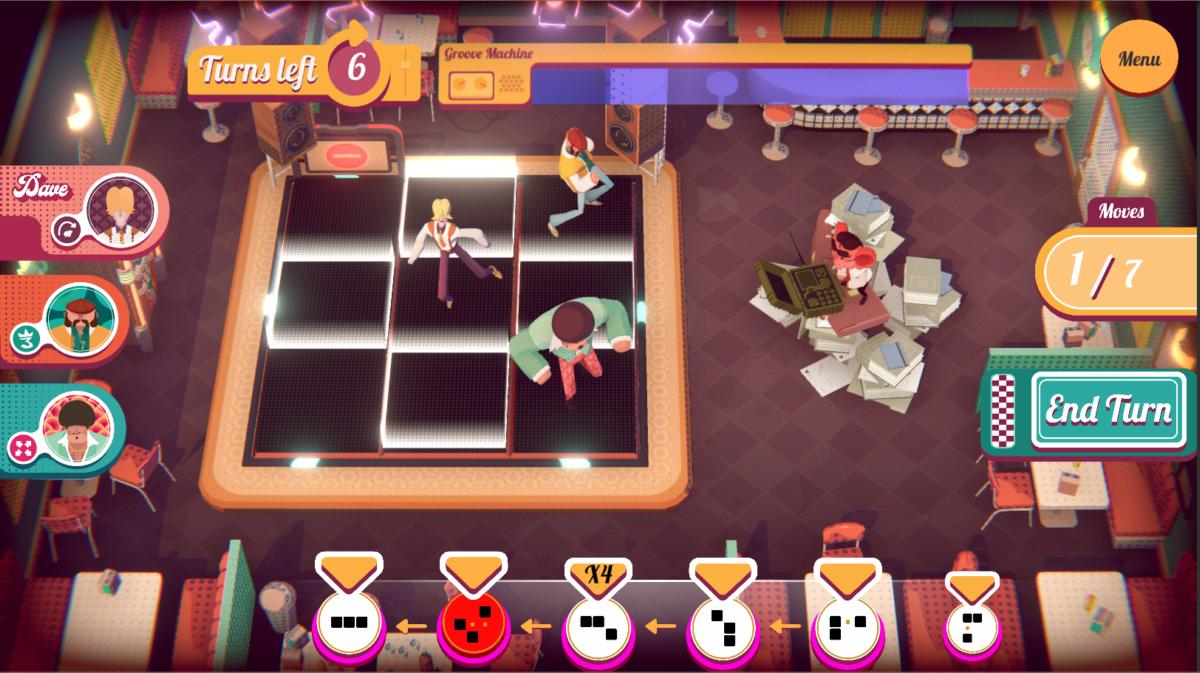 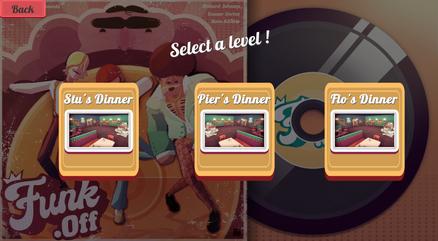 The player embodies the Funk off! group composed of Caesar, Dave and Richard, the best Funk dancers in Brooklyn. They dance the disco to spread the Groove wherever they go. By dint of multiplying the performances in incongruous places, they forged themselves a good reputation and are nicknamed in the district the "Kings of the Dancefloor".

They never imagined that the Italian mafia baron "Big Bruno" was going to interfere in their lives. Big Bruno hates the Groove and wants to destroy the Funk of the neighborhood to replace it with boring establishments like offices, or banks.

Big Bruno is an old man with huge ears very sensitive to noise, annoying and cranky, always sitting behind his huge desk with wheels. He uses his control panel to interact with the environment (lasers, traps, rockets, ...). 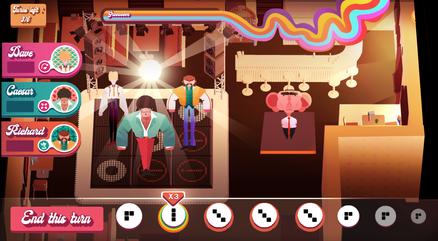 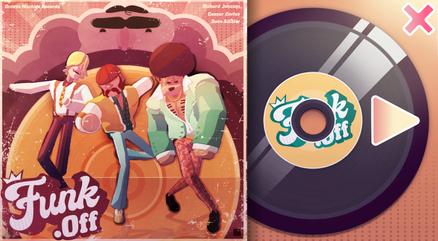 The Funk off! are against violence and want to settle all their differences through Disco. They believe that dance has the power to overcome all difficulties. Thanks to it, they spread the groove throughout the city. Thanks to the power of Funk and Disco, the Funk off! decide to settle the dispute with Big Bruno, who gradually plunges the city into haunting gloom.